One of the garments worn by married women in the medieval period was a wimple. Besides kruselers and other kerchiefs, medieval fashion for ladies had to include clothing covering a neck.

Formerly, wimples were made in various sizes, suiting the individual needs of a wearer. Usually this element was made from a white fabric (linen or silk). A medieval wimple could be attached in various ways: tied on the head top and covered with other headwear or attached with the use of a pin to a fillet or to the bottom of an outer kerchief like a kruseler.

Our interpretation of a wimple covers the neck and sides of a face, enhancing the beautiful oval shape of women’s face and curvaceous cheeks. One can also wear it on the chin, adding a bit of secrecy to the costume.

It is attached to a fillet or an outer kerchief with pins. Wimple has a semi-circular shape, giving a cover to the front of a dress or neckline of a virtuous lady.


Natural fabric of our medieval wimple

For this interpretation of a wimple, we use white linen. Still, there is an option of changing this fabric for some other, like silk. If you are interested in such modification - please contact our Sales Department for an individual pricing. 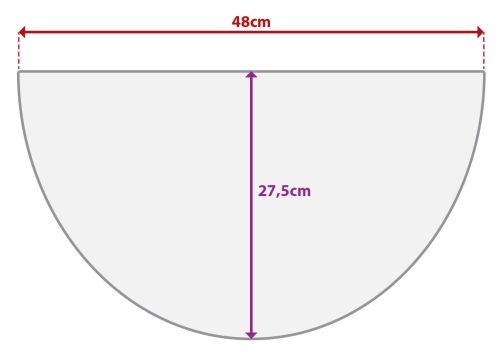 Historical time frame for a wimple

A wimple was already known in the Early Middle Ages. In this period, it was inappropriate for married women to show uncovered hair. Between the 14th and 15th centuries, this headwear had a form of a narrow strap under the chin.
In Poland, a wimple in the basic version was worn even up to the middle of the 17th century.

The most popular example of a wimple (in a complex version entangling a whole head) is the one worn by the woman on the painting by Robert Campin from 1435.

You can also find wimples on gravestones of ladies, for example the one of Margaret, Lady Camoys, which is placed in St George’s Church in Trotton. This remembering comes from the beginning of the 14th century.

On other sources, especially from the end of the 15th century, you can notice ladies wearing wimples with kruselers or wearing large wimples finished with a specific frill. An example of this depiction of a medieval woman is present on the painting by Stefan Lochner from 1445 (Presentation of Christ in the Temple) and on the work by Robert Campin from 1420-1430 (The Betrothal of the Virgin). 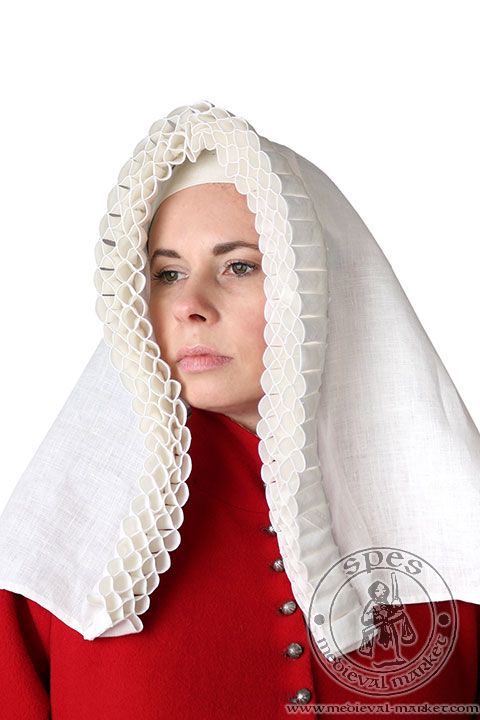 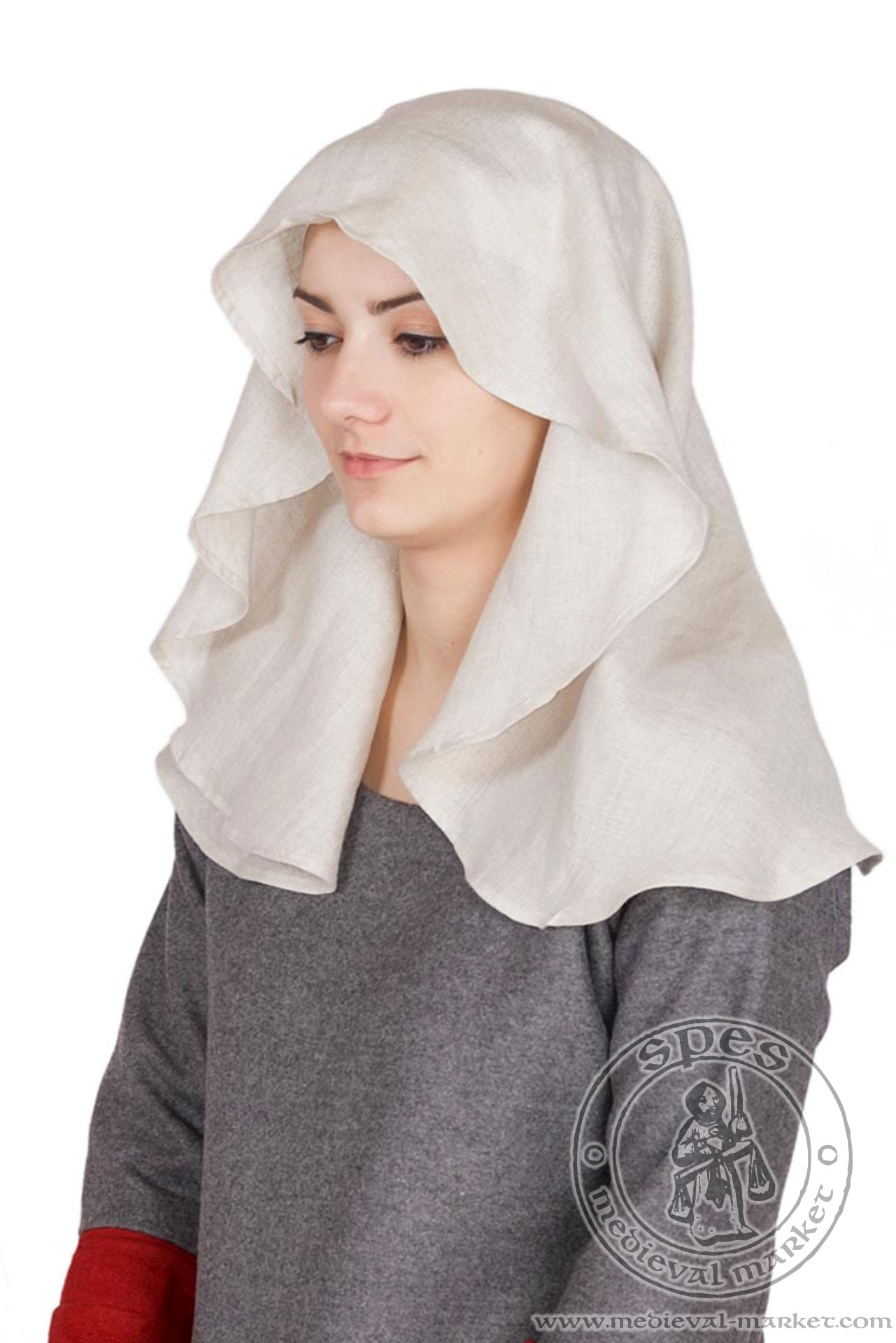 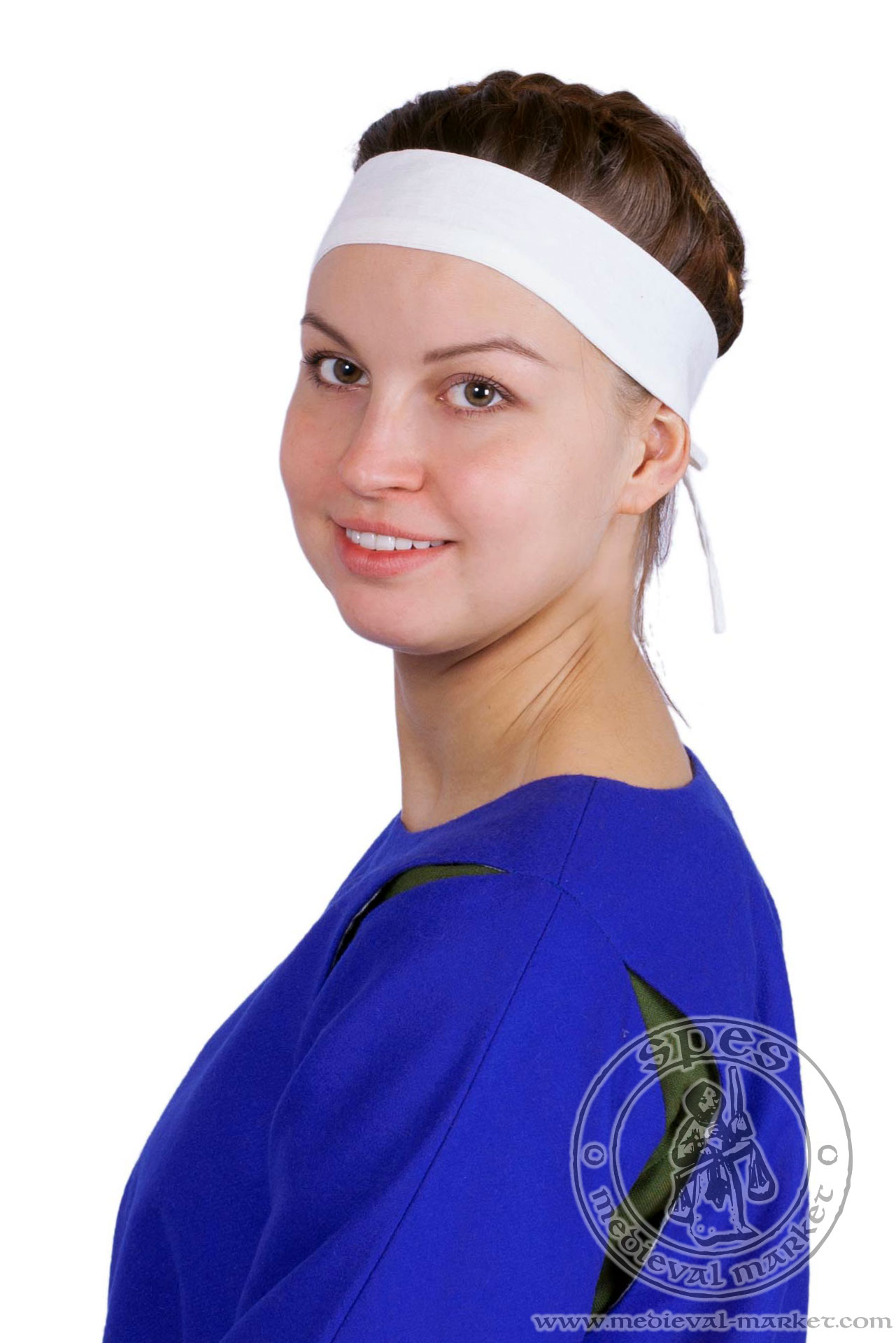 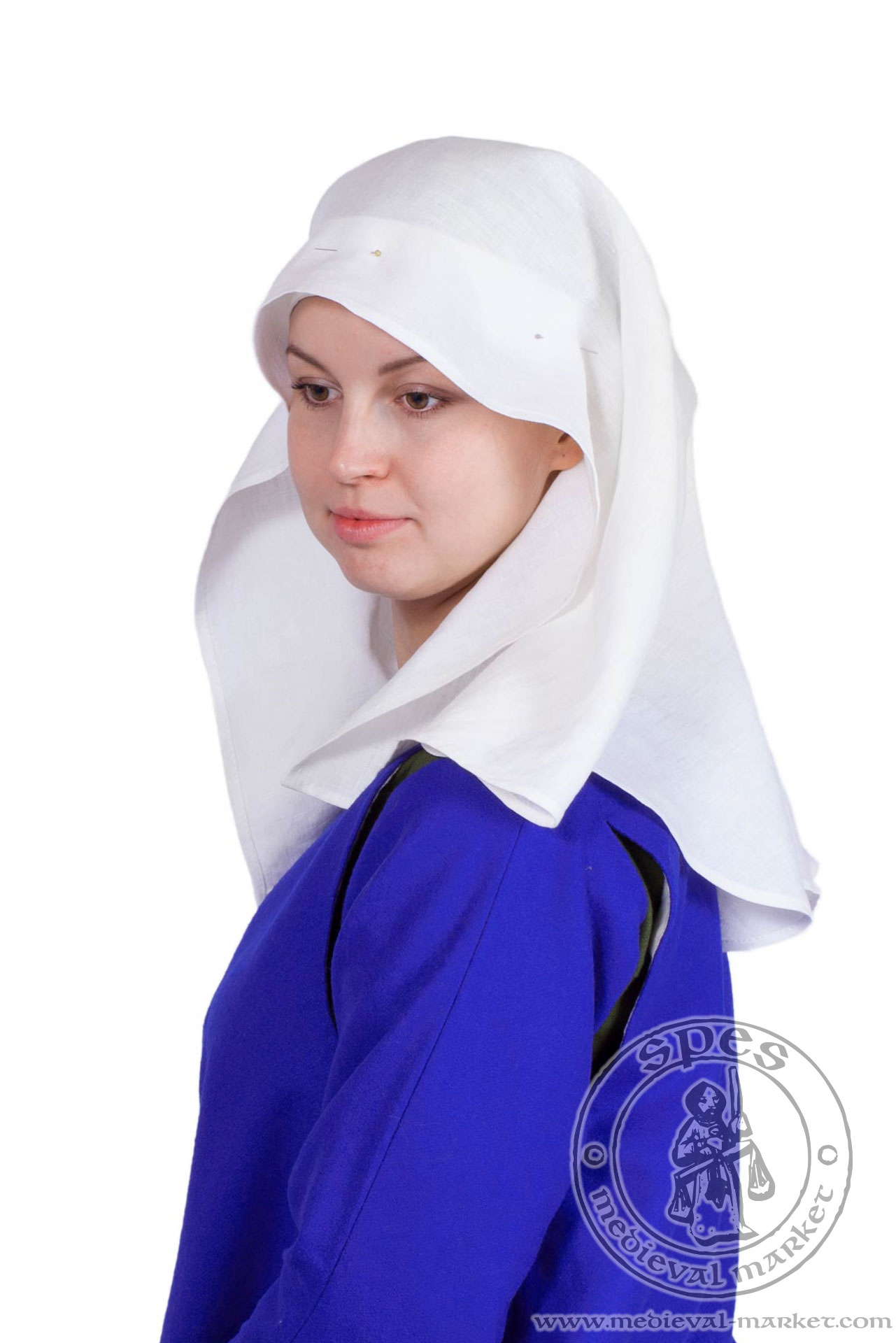 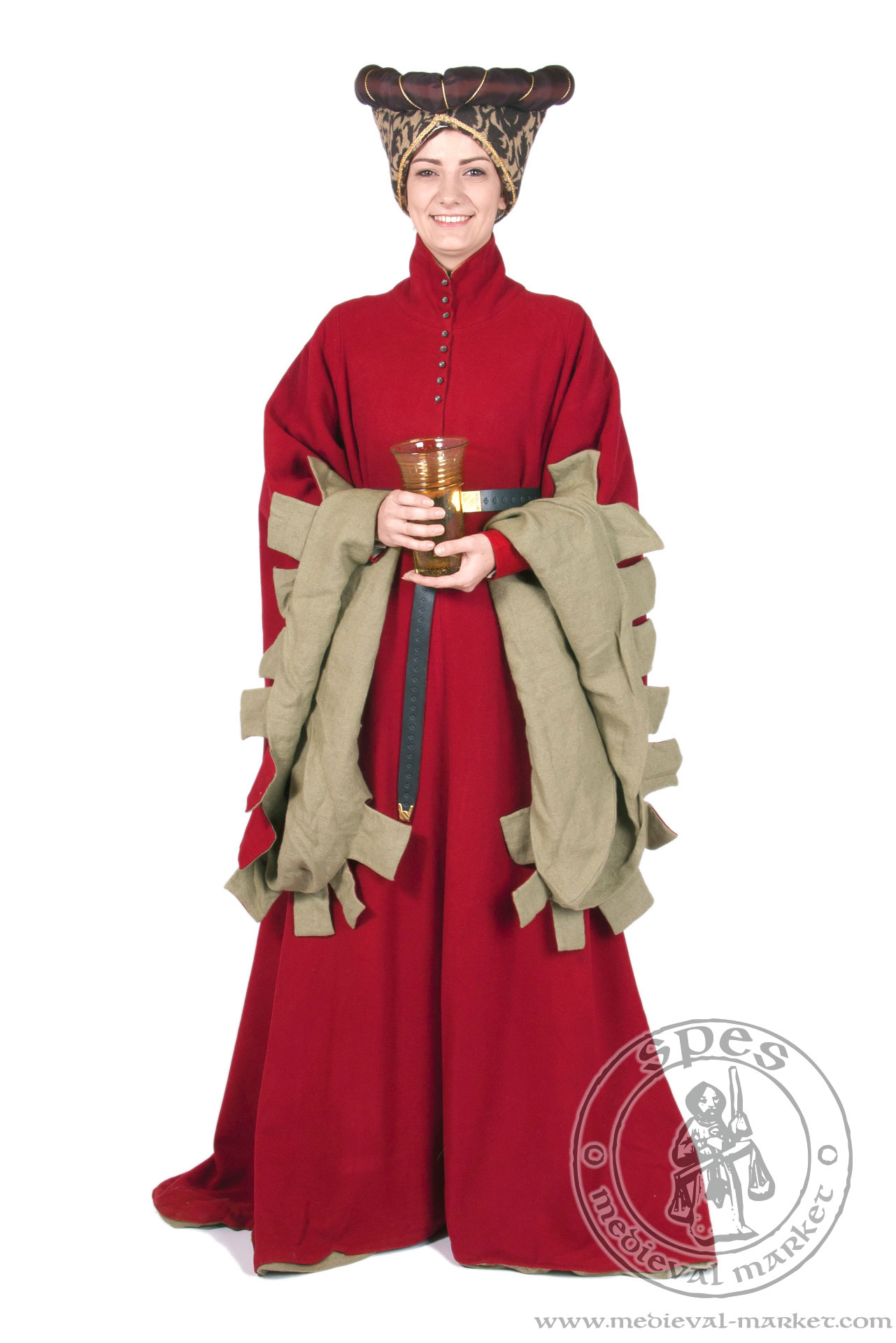 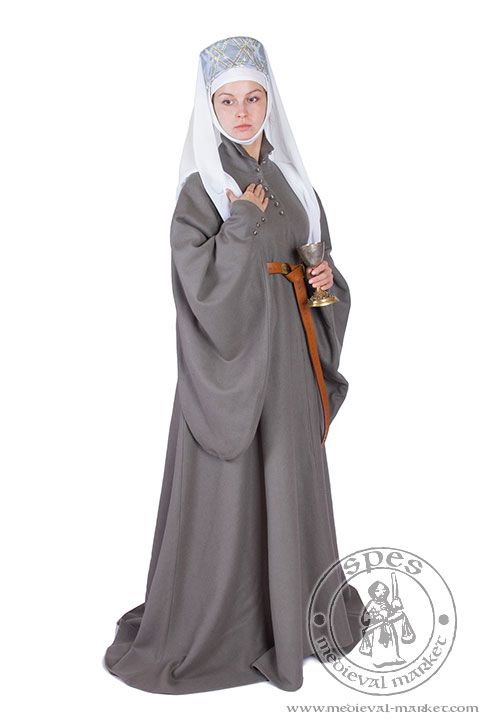