We make our padded jack from over a dozen layers of fabric. It has 14 layers on the corps and 8 in sleeves. This type of gambeson (or aketon) differs from the rest of our medieval arming clothes. The filling from the many layers of fabric was made in accordance with historical guidelines. This makes this padded armor much more resistant to shoves and hits. However, this also makes it heavier and more starchy than other jackets with filling.

This aketon in standard is tied up with 4 leather straps, and the neck is covered by a collar. There is an option of choosing the fabric for inside layers of a padded armor — linen or cotton. What is more, you can choose a color on the outside and the lining on the inside.

In the Late Middle Ages the padded armor of this type was often used as the only armature. The layer technique was precisely described in historical sources. On of those was the decree of Louis XI of France from around 1450. This document evaluates the look of a gambeson, its shape, the number of layers, and type of fabric. According to king Louis, padded jack should have 30, or at least 25 layers of fabric, both in the corps and sleeves, but also in the collar. Outside layer of a corps should be made of deer's leather. Tied up in the front, with material under binding as resistant as the rest of a jacket. The king of France explains that nobody has ever seen half a dozen of men killed by enemies or arrows in such gambesons, especially if the men were experienced in warfare.

How to modify a medieval aketon?

There is a range of available modifications in the padded jack:

— a gambeson without a collar.

There is also an option of changing the binding for:

Note! Every aketon from our assortment can be made in a layer technique. In this case, price can differ from the one displayed in the product.

In the Middle Ages, gambesons were used as cheap armor for fighters, but only the poorest used them as the only protection. For the rest, aketons were the supplement of an arming clothing, ensuring the amortization against hits and protection against brushing of an armor. Among quilted elements of medieval protection, we can find gambesons and padded jacks for the body, quilted legs, quilted bonets, or quilted gloves. They were made of from few to several dozens of fabric layers. In 13th century this arming clothing was long and rather not fitted to the body. They were put on through head and buttoned up under the neck. Later, with the development of other parts of arming clothing, aketons became shorter and more fitted to the wearer's body. In 14th and 15th century, pourpoints were mostly buttoned up or tied up in the front.

Usually our gambesons consist of:

— few amortization layers of non-woven fabric (its precise amount is given in the product description),

In all of medieval arming clothes (including a quilted hood or glove) the type of amortization layers can be changed. Click on the picture below to see layers available in our shop:

In case of changing the arrangement of amortization layers, please type the code of chosen filling (Y1-Y13) in the “additional information” section during the process of ordering a product. 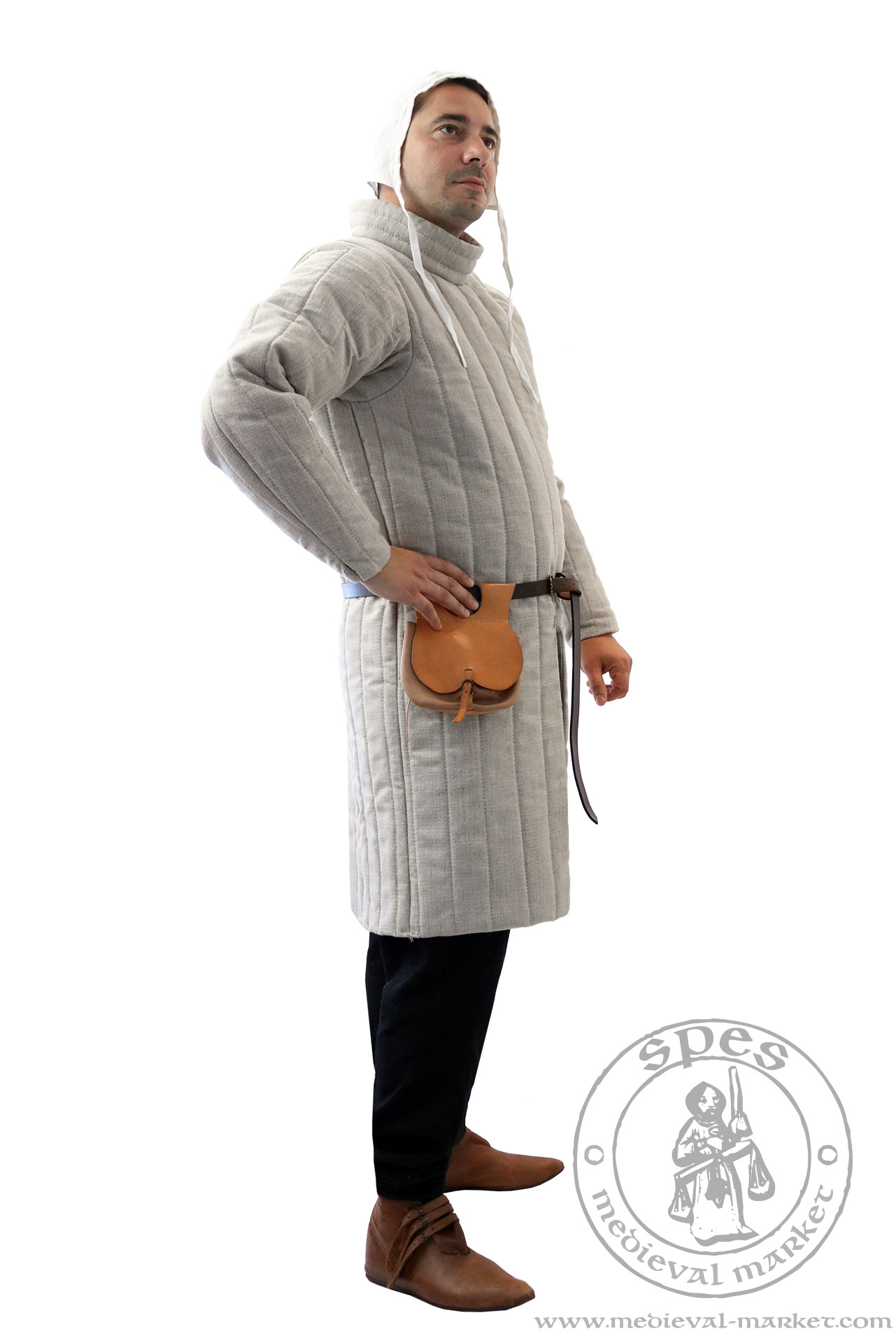 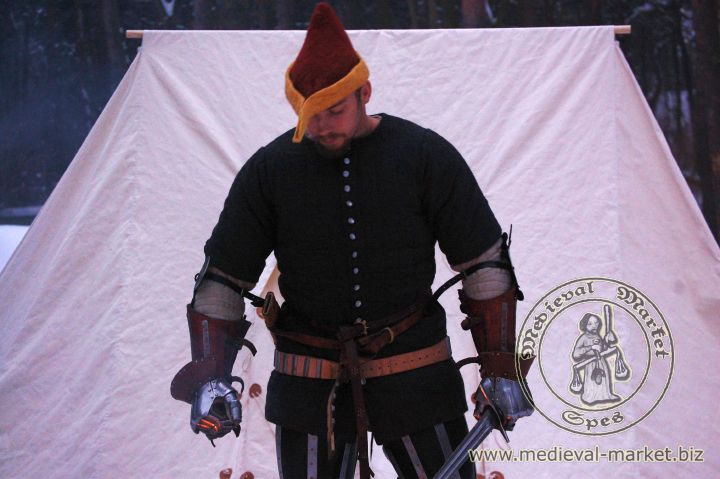 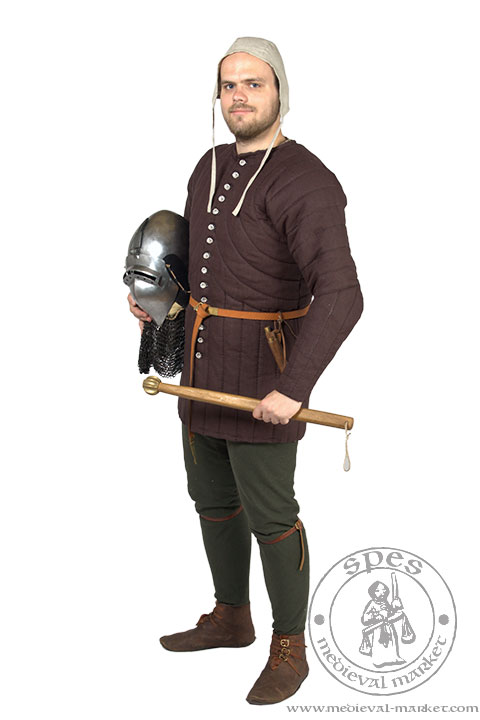 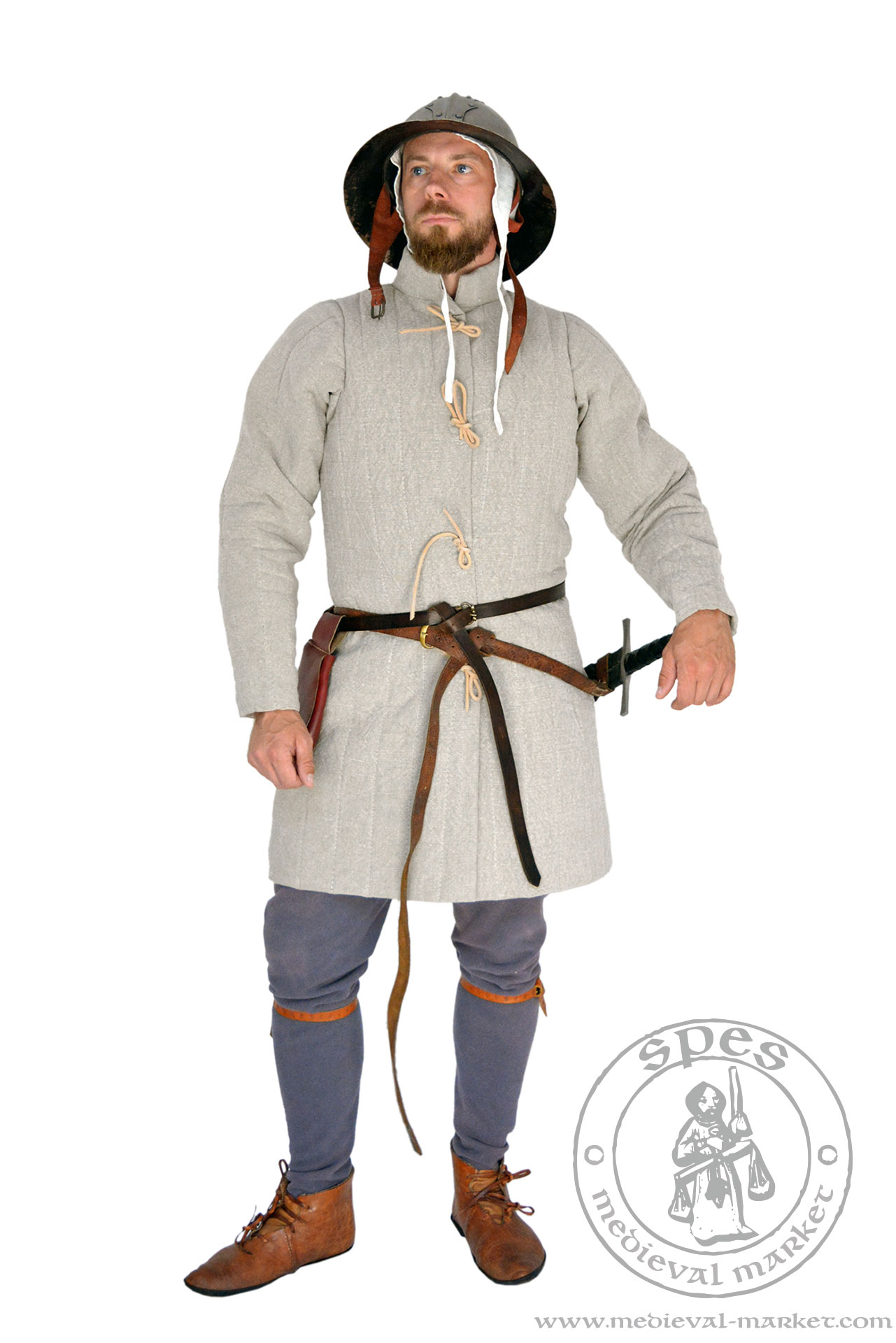 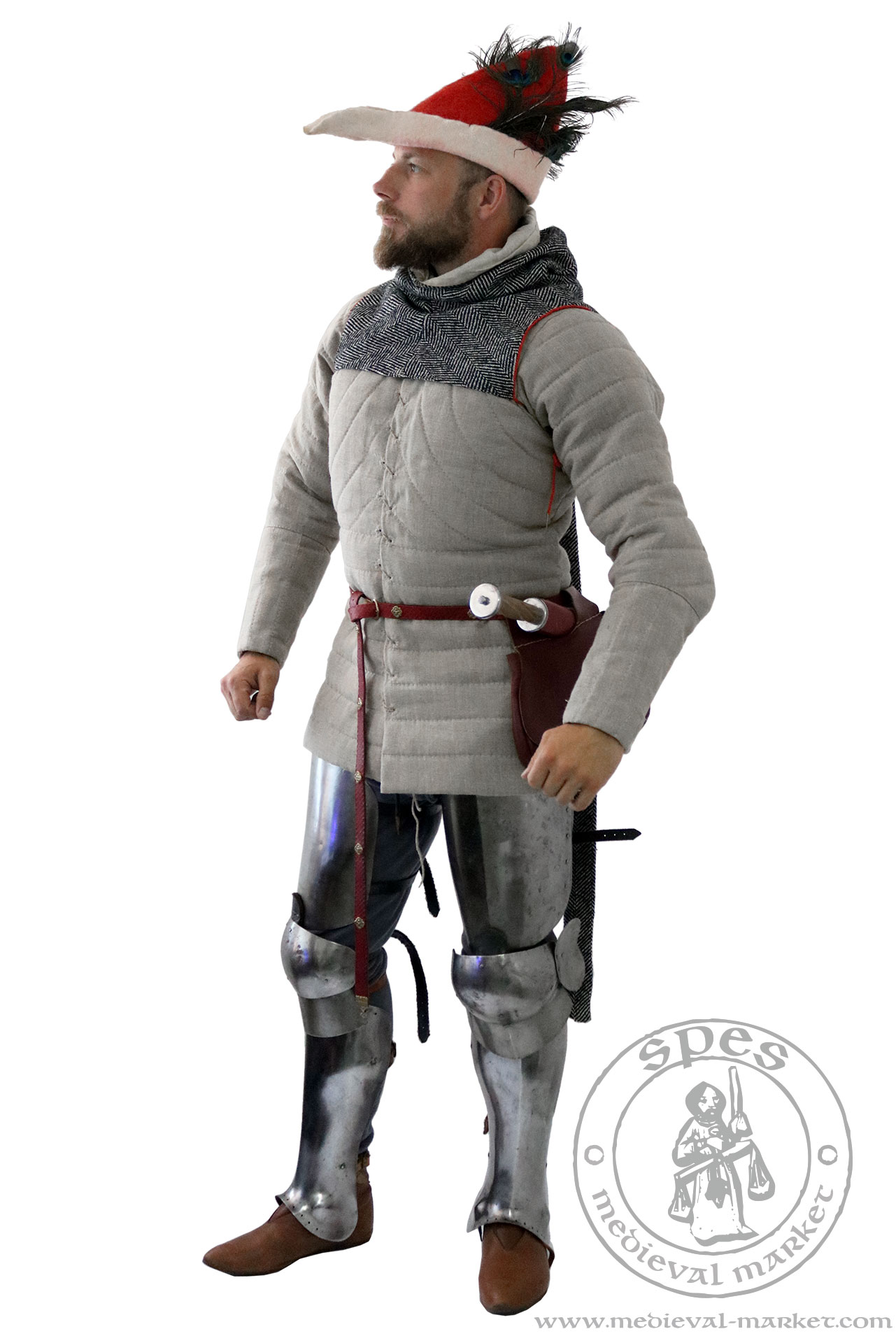 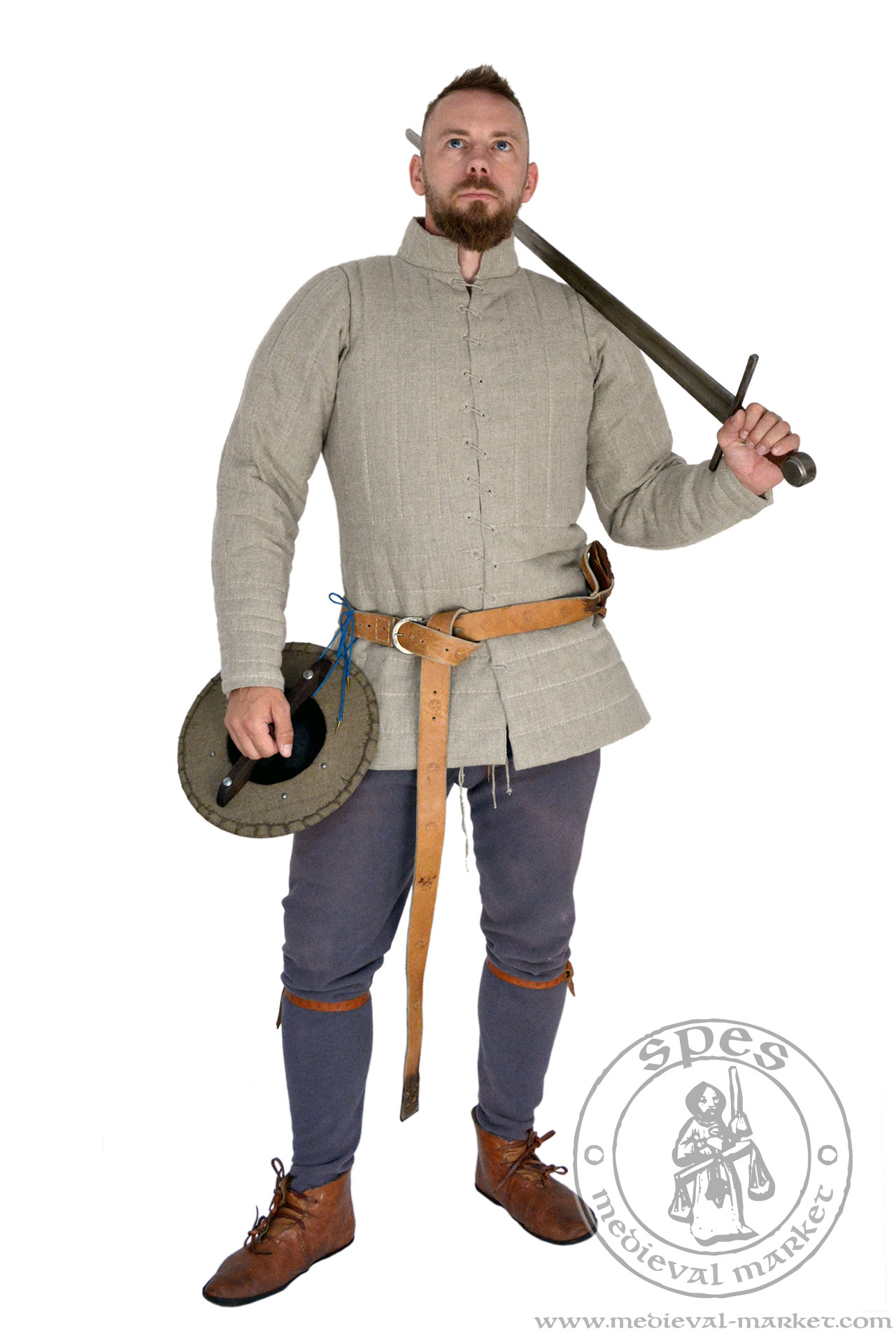 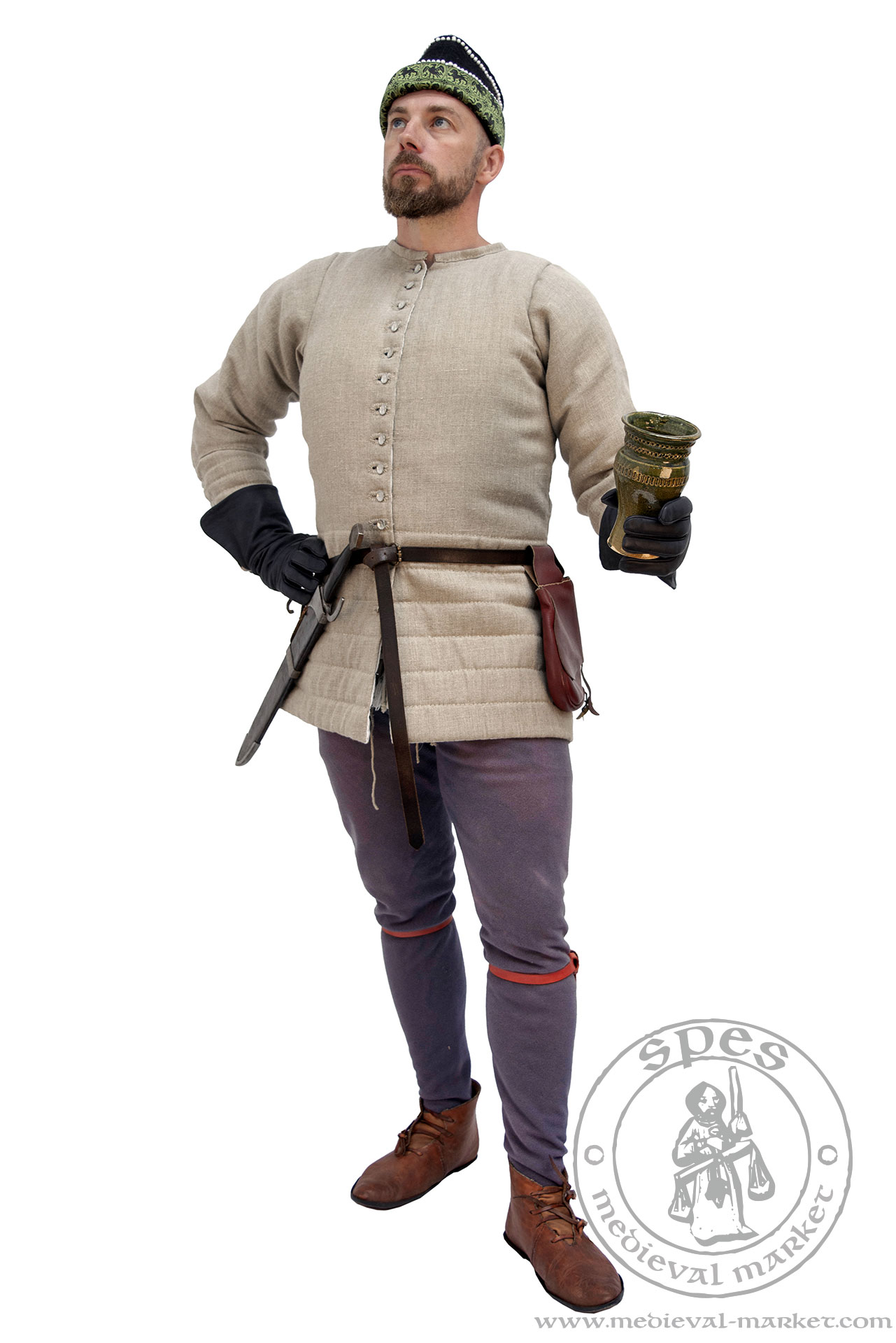 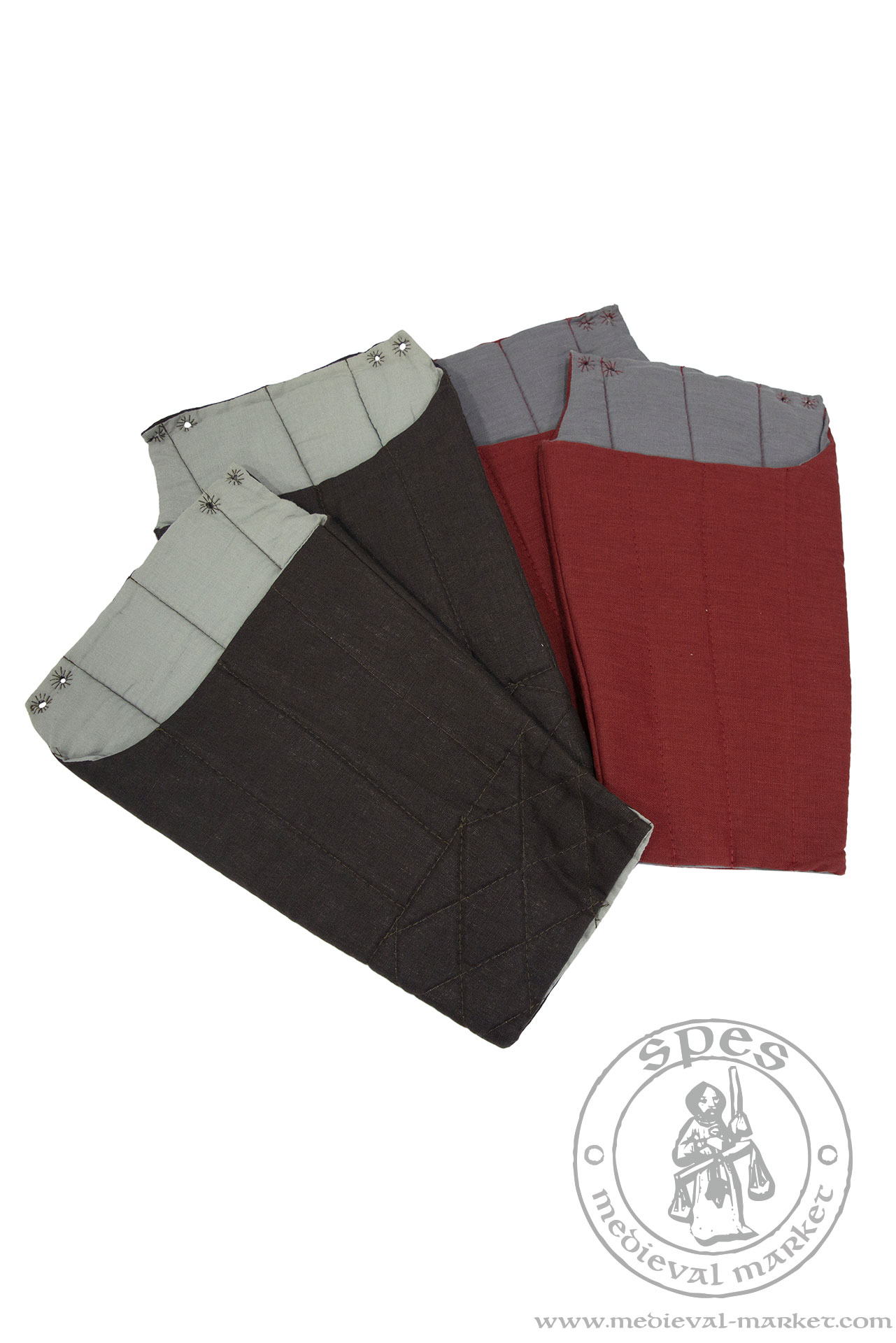 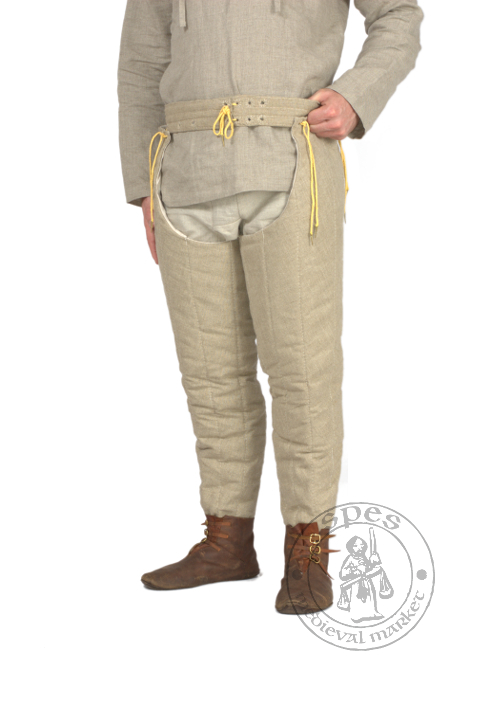 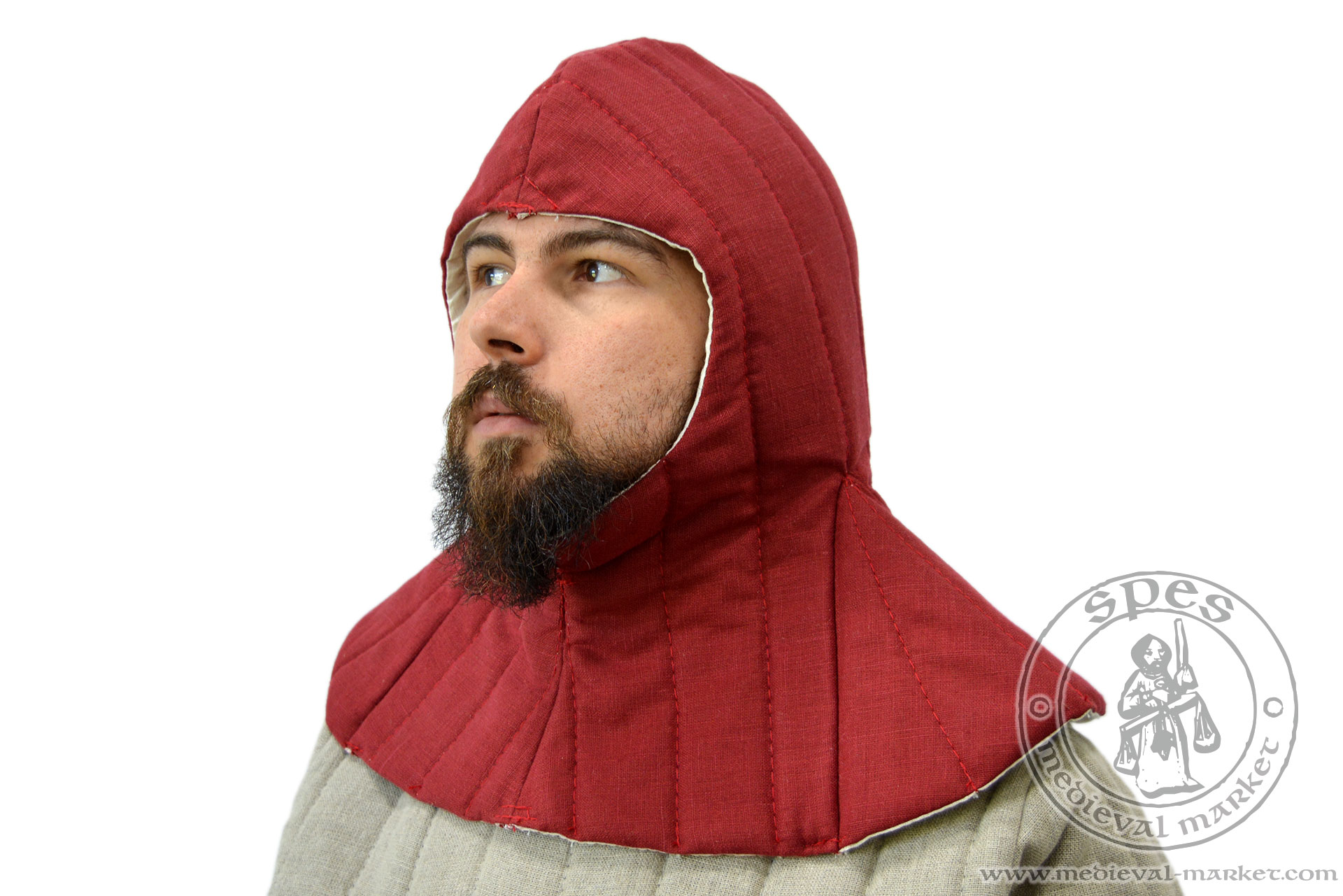 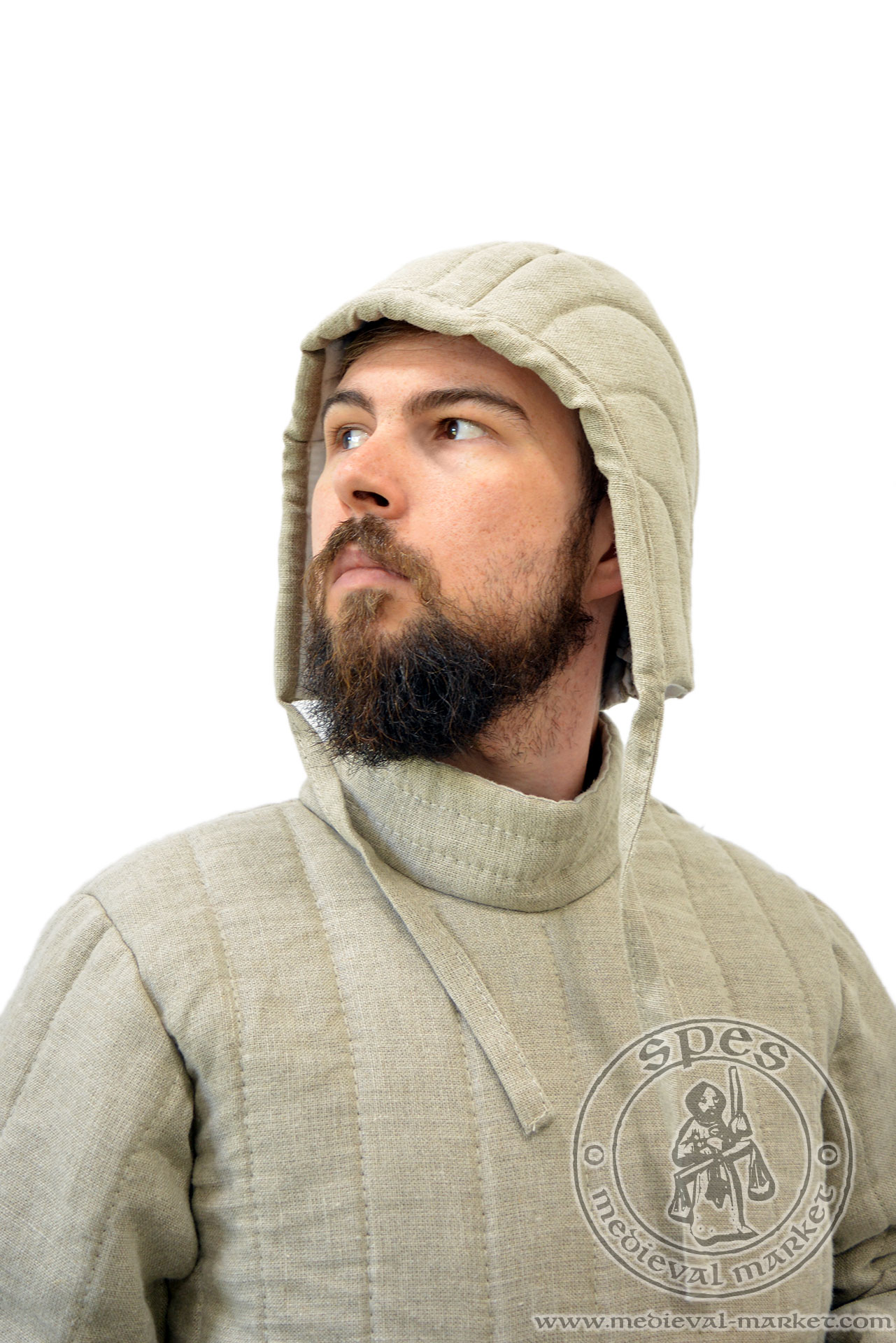