This medieval footwear is characterized by unique look which, together with comfort of use and various colors to choose from, makes an all-purpose pair of simple medieval shoes. This pair of medieval shoes can be worn at a medieval marketplace, during medieval camps but also during court events.

This model of historical footwear is made of cowhide leather of approx. 2 mm thickness, plant- or chemically-tanned, depending on a chosen color.

The upper is made of leather and reaches over the ankle. Medieval townsman shoes are tied up with leather straps.

The basic version of this medieval footwear is made of 1 layer of soft leather with strengthening in form of a heel counter and a fabric insole. All stitches in these leather medieval shoes are hand-sewn. The sole is glued without additional seams, just as the insole.

NOTE - our medieval shoes are sewn from various deliveries of leather from the suppliers. Colors presented on pictures may slightly differ from the final product. You get a unique pair of shoes.

Historical sources on medieval shoes of a townsman

An example of medieval townsman shoes can be found in the Archaeological Museum in Gdańsk. There is a medium-high right shoe from the Middle Ages found nearby Żytnia St. in Gdańsk.Inventory number: MAG/GD/255/20/48/1151.

- made of natural cowhide
- wide range of colors to choose from
- a middle-high shoe reaches over the ankle and stabilizes the leg in ankle joint
- universal, proper for various reenactors: merchants, townsmen, courtiers etc.
- high quality with fair price thanks to manual sewing of visible stitchings
- tied up with leather straps and easily fitting the foot shape 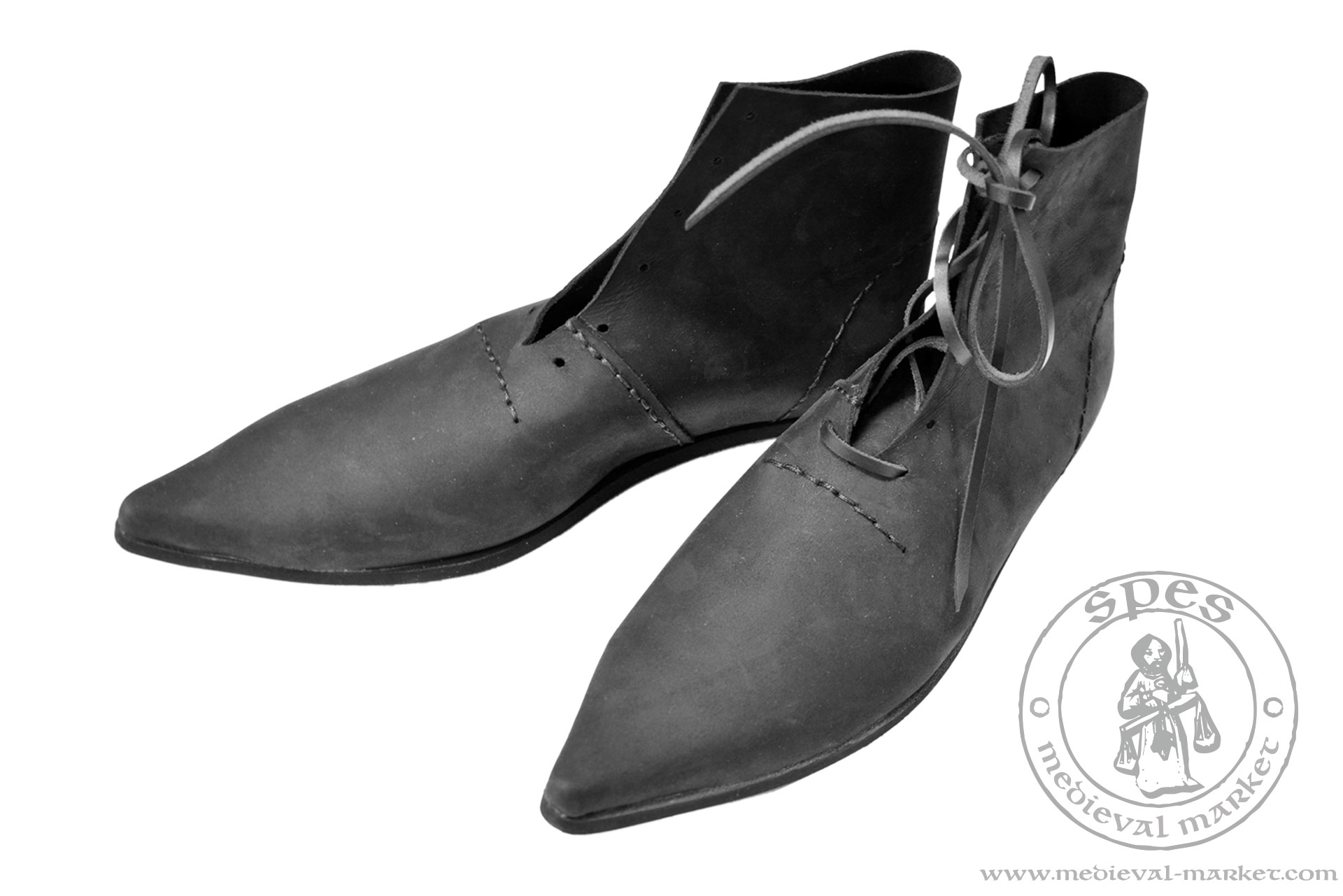 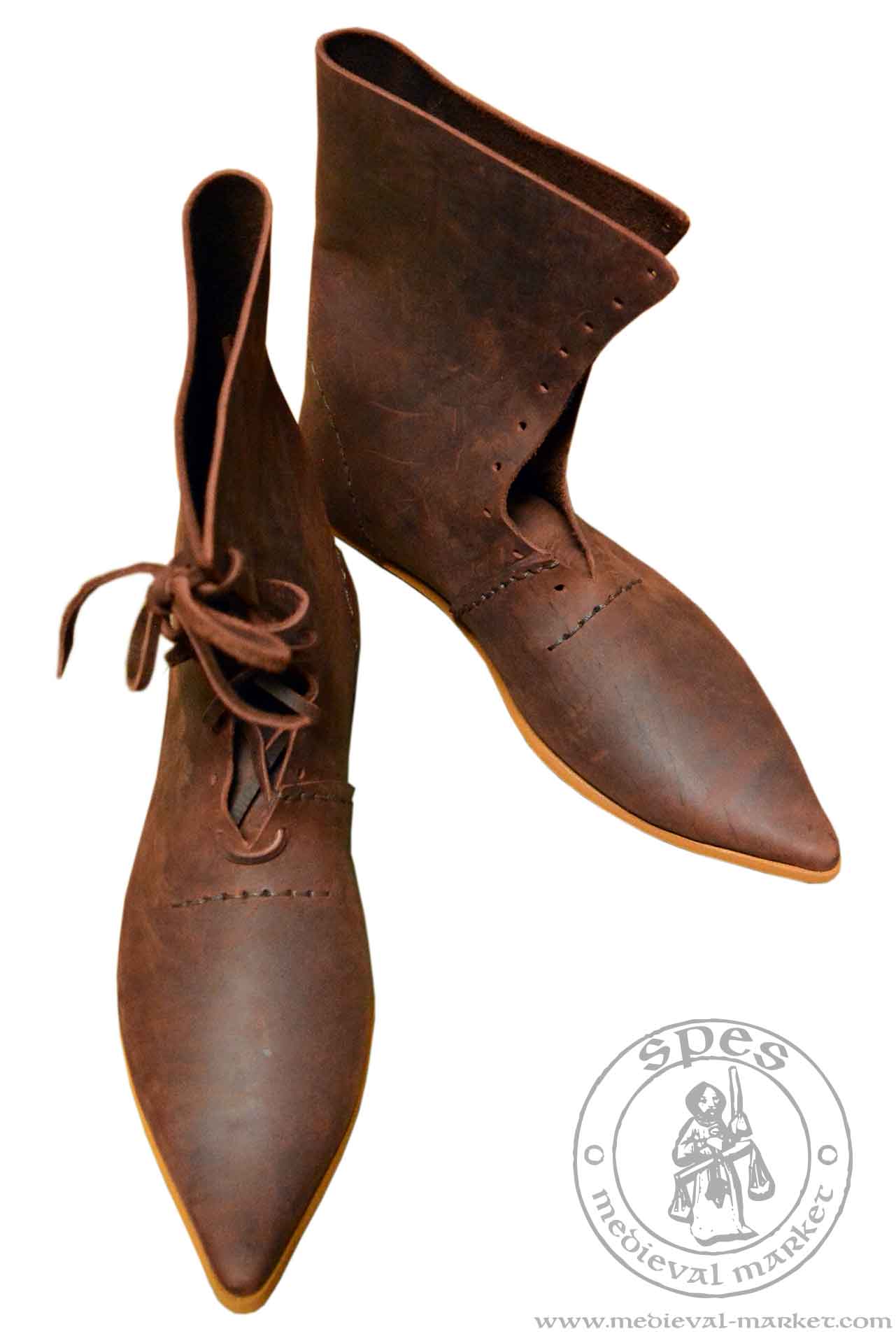 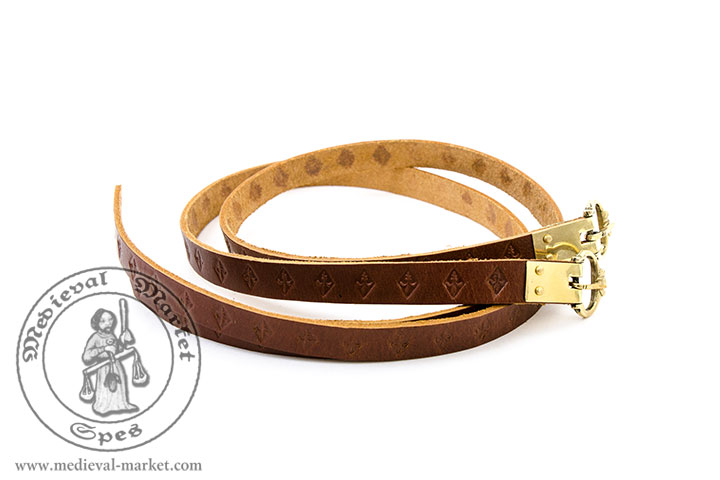