Cotehardie (also: cottehardie, cottardie, cottardita) is a fitted outer historical costume for men. It consists of four parts plus sleeves. Our cotehardie cottehardie is sewn from wool with linen lining. It is buttoned up in the front and on forearms. In a regular price, it has around 30 tin buttons* (the number of buttons can be changed on special request*).

Cotehardie is a fashionable historical costume from 14th century. It is fitted to a body. Sometimes cotehardie had an additional adornment in form of a tippet on a sleeve. On customer's request, we can prepare a historical costume in this version — contact us. Women's cottehardie was very similar to a version for men.

Cotehardie was worn on a doublet as an outer, representative layer of men's historical costume. One could put a coat on it, sometimes even a hood.

Cotehardie - the evolution of medieval clothing for men

This example of a historical costume was created on the path of evolution. Fashion in the Middle Ages has undergone numerous changes in 14th and 15th century. Clothing became more tight, fitted to a body. Loose cotte was replaced by cotehardie - a fitted historical garment.

An example of a cotehardie was presented by Niccolò di Giacomo da Bologna on the illustration in one of his manuscripts from 15th century. Picture was titled as “The Marriage” („The Kiss of the Bride”, „The Bride Abandoned”).

Cottardie can be wadded in the chest area.*

A cottehardie is a fashionable 14th century garment which was well-fitted to the figure, buttoned at the front and on the forearms. Sometimes a cottehardie had a decoration on a sleeve (a tippet). A woman's cottehardie was very similar to the man's version in its form. 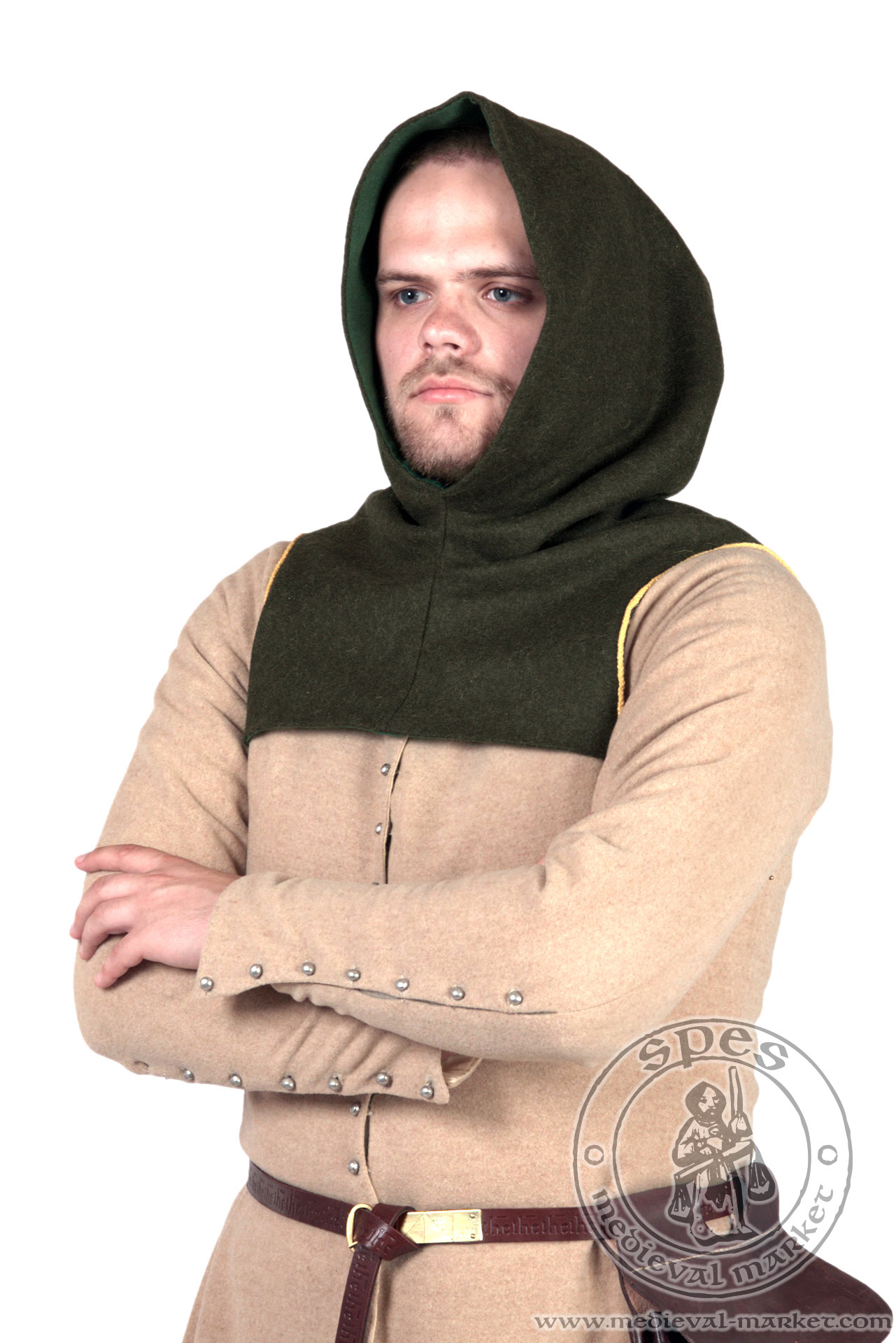 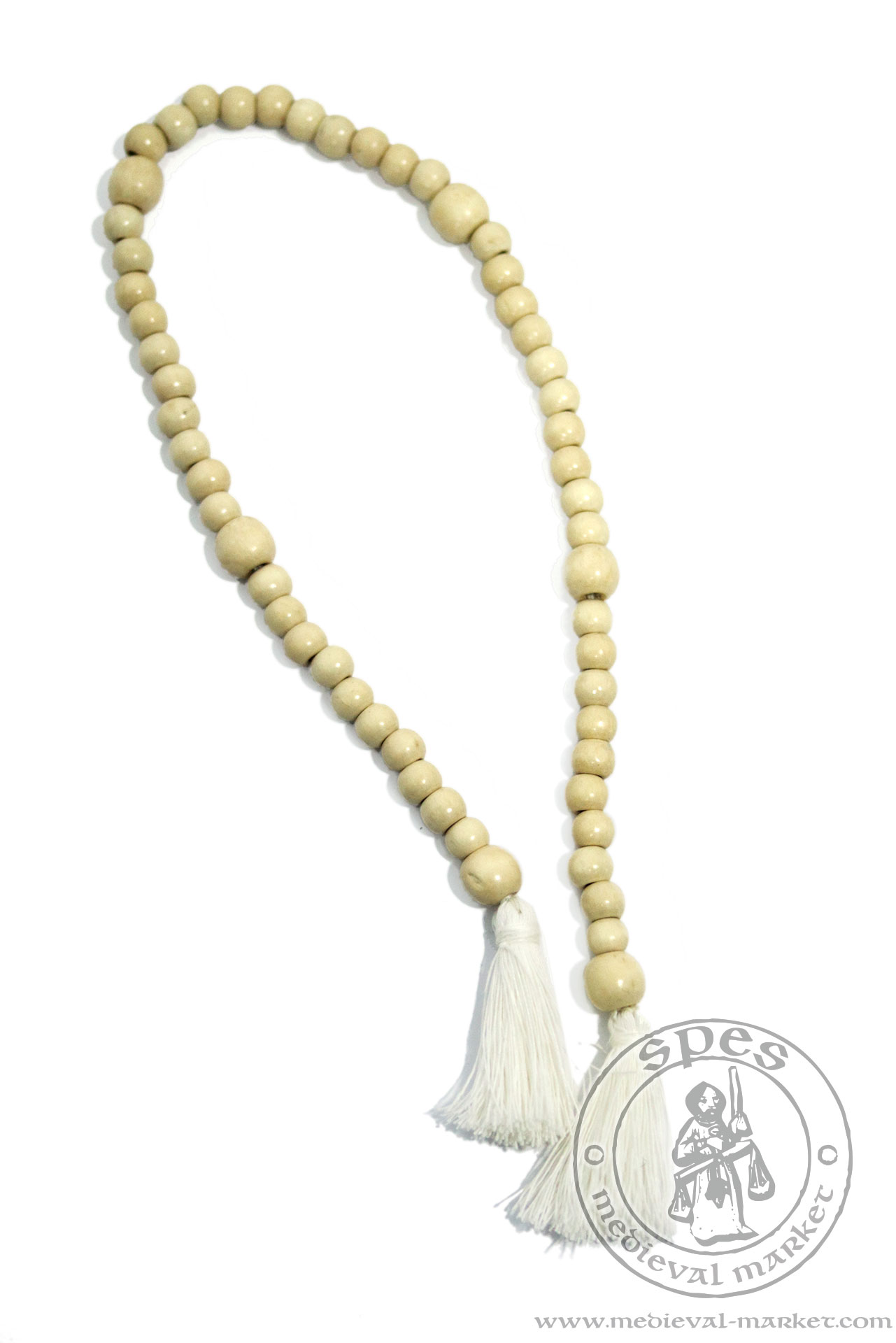 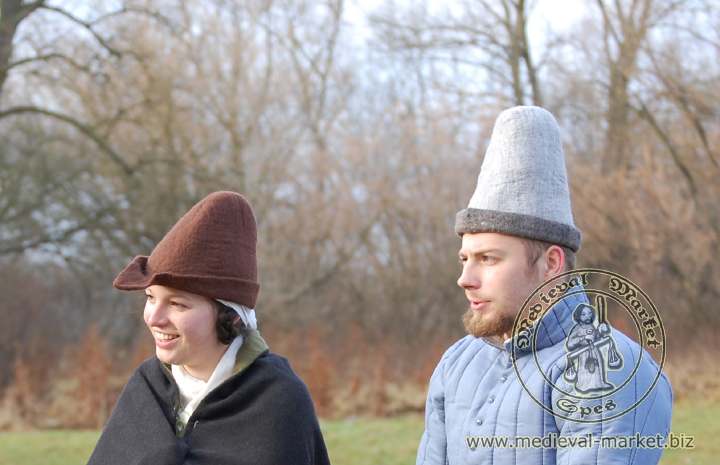 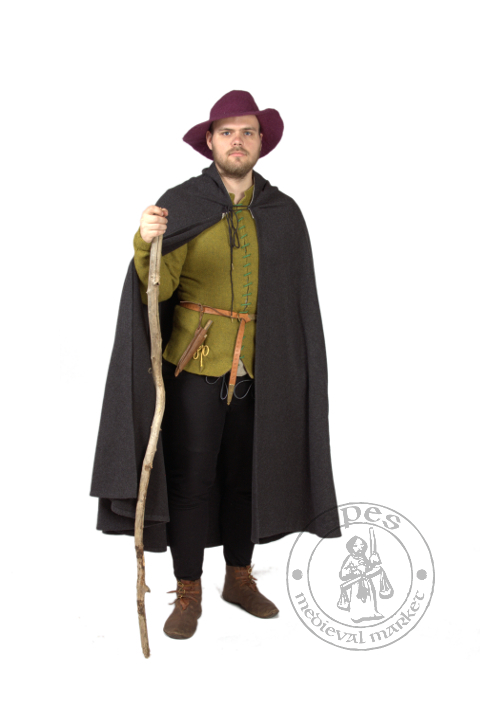