× Automatic translation may cause errors - if you have encountered difficulties in placing an order, turn off these options in your browser.


Between the 13th and 15th century, costumes for men have undergone similar changes as female clothing. In the 13th century medieval clothes were loose and not fitted to the body (cotte, surcoat). 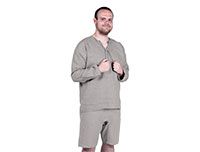 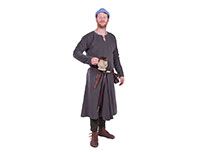 Medieval clothing: various under garments from the medieval fashion

Medieval under clothing for men 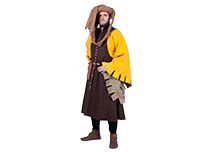 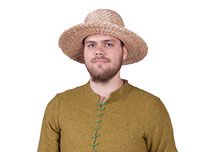 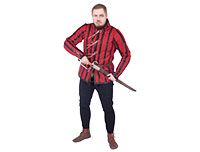 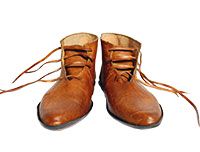 Examples of men's medieval clothes from the 10th-15th century period

It is worth taking a look at knight' and arming garments and medieval shoes. Wide range of medieval clothing available in our shop gives you a chance of assembling a truly unique set of men's outfit referring to 10th-15th century clothes.

Medieval clothing over the centuries - what are the changes in fashion?

This assortment faithfully replicates the specificity of the former fashion. Outfits are based on historical sources which allow precise recreation of all the elements of male medieval clothes.

Leather shoes are available in two variants: hand-sewn or machine-sewn. We offer a wide range of coats of different lengths, inspired by 13th, 14th, as well as 15th century clothing.

What is more, the available assortment contains a lot of various gambesons and other medieval clothing for fighters.

We can guarantee high quality medieval clothing, in coherence to the original historical men's fashion, and also professional customer's service. Our offer was created for reenactors fascinated by the culture of the medieval times, especially 13th, 14th and 15th century clothes. To meet the expectations of our customers, we are doing our best to ensure a wide range of medieval clothes for men, with respect to the specificity of particular periods of the age.

If your interest in former culture has just started and you are looking for help in assembling your first medieval clothing, feel free to contact us. We are also open for any suggestions and propositions regarding medieval clothes.

What is more, our medieval clothes are available in many sizes and colors to choose from. Keeping in mind individual needs of our customers, we also offer custom clothing. If you are interested, send us a picture with a description, and we'll do our best to prepare a medieval outfit meeting your requirements.