Houppelande (also known as pellanda, goun or cioppa) is a former, representative outer clothing, another important example of medieval fashion. Our houppelande a grandes assiettes type 1 is let out from waist with deep sewn, opened sleeves — a characteristic feature of this garment. This male dress is laced on the chest. We make our houpelande from wool with linen lining. Sleeves in this clothing usually have different color from the body. There is an option of choosing the color of wool for sleeves and corpus. There is also an option of choosing the color of linen lining.

“A grandes assiettes” sleeves are wide and opened. The place of their stitching is rearranged and enlarged. Thanks to this special cut, pellanda has loose sleeves, but at the same time it sticks close to the body.

Houppelande is another part of medieval men's fashion, this time from the section of outer garments. First layer of the former clothing is the underwear (body linen), which is composed of a shirt and braies. Next layer of the historical costume are the undergarments, like pants and doublet. At that time, on such medieval costume, one can put on the outer garment, for example an houpelande.

This male cioppa (or: gioppa — medieval outer dress) its greatest popularity gained in the 2nd half of 14th century and 1st half of 15th century. It was often lined with a fur, which was another way of highlighting the social status of the owner.

Pellanda was worn by both women and men. However, dresses differed with their length — female houppelande always reached the ground and sometimes had a train, while male dresses could be shorter, reaching the knees. What is more, women girdled this clothing under breast, and men in the waist.

An example of a cioppa with opened sleeves of this type can be found in the work of Charles d’Orléans titled “Livre contre tout péché”.

Click here to check out available in stock Houppelande a grandes assiettes type 1.

A houppelande is a court outer garment, usually very spacious and with spacious sleeves, often richly decorated. It is typical for the late 14th and the early 15th centuries. 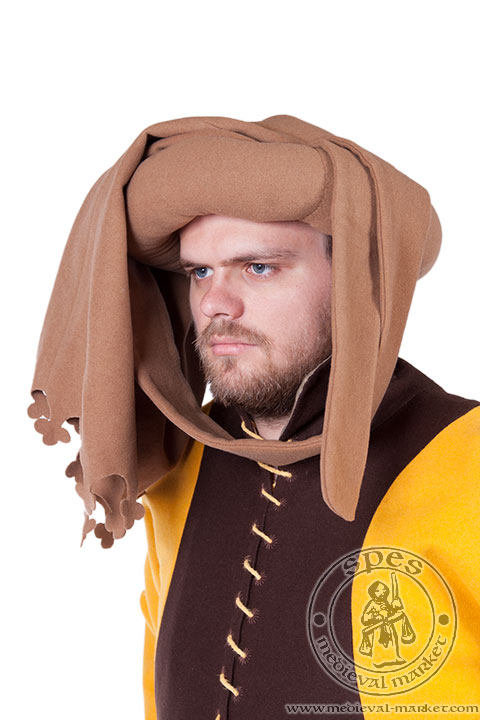 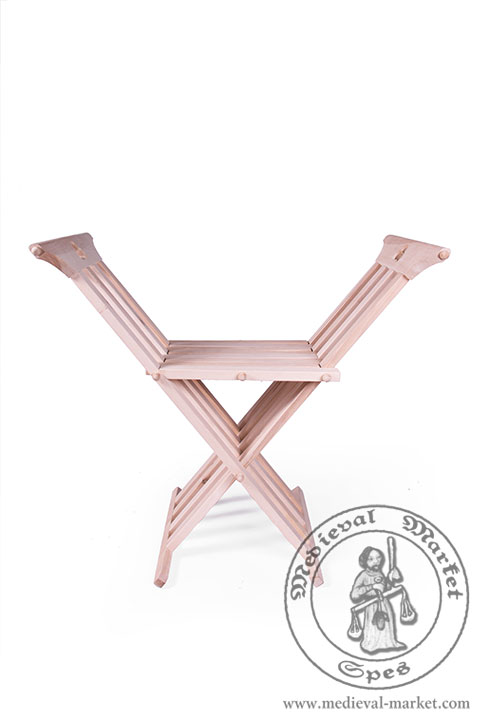